I felt like it wasn’t meant to be but Mirek says „hey, there are people selling tickets so why don’t you look into it. We might be here after all.“ So I did look. And I was a bit of an idiot and made a mistake that cost me some money, basically fell for a fraud seller. Not that I didn’t partially think it’s shady but I decided to trust the universe. Nah. It doesn’t bother me that much, it was a lesson learned. The next day I met up with a girl who sold me her ticket face to face and it was done. Now only hope that we don’t have to leave too soon.

And well, we didn’t. So I went to the show. Didn’t exactly show up too early so I had to put up with some awkward positions during the gig to be able to see through people on the balcony. But all the extra money, all the queuing, all the kneeling on the balcony, all that was so worth it!

I’ve never ever seen anybody sing like this. Her voice was so strong and flawless, it wasn’t like she was singing, it was more like she just opened her mouth and these incredible sounds and music were just bursting out, flowing through her while she was looking all ethereal and shit, dancing around like a happy kid, chasing butterflies. Jumping around, picking up gifts people threw at her, like flowers. Like it’s no big deal. Like a kid picking parcels from underneath the Christmas tree. They threw a bracelet, she happily put it on her ankle and kept going. Like this is what is supposed to happen. They threw a rainbow flag and she raised it. No nervousity, no mistakes and no ego. How often do you go to a show and hear it the same as from your player at home? Better actually. She was right at home here, like we invited her over and she performed her magic for us in our living room, just being happy that there are other human beings around her, other universe children to talk and play with. 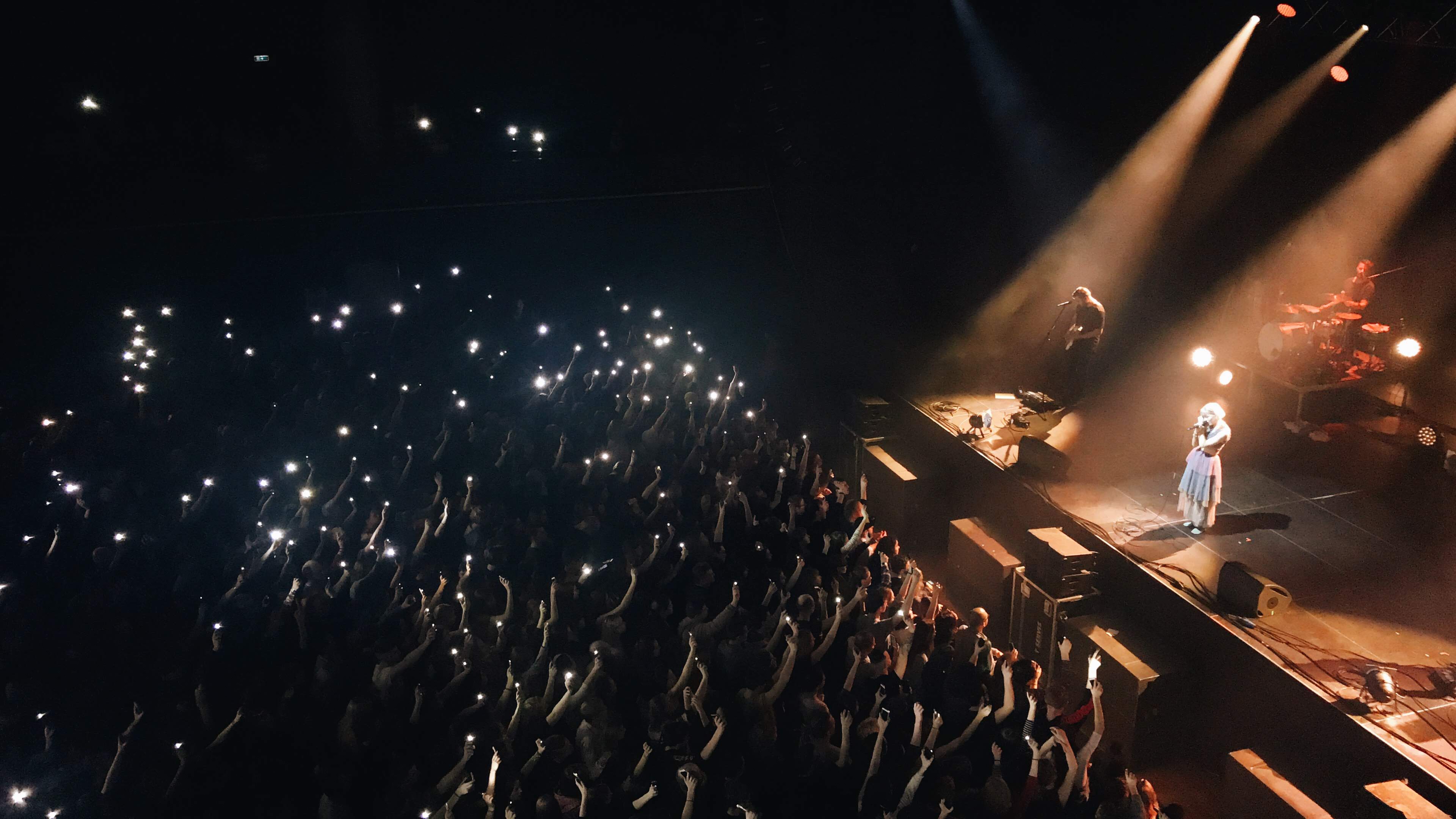 When the music played and she sang, it was perfection. When she moved, I felt bound to watch her for eternity she was some sort of strong goddess. When she stopped, she changed back into the child and the noise the crowd made was huge and incredible and she was cute and funny and so pure that I felt like a moth watching a flame, like she’s some kind of pure drug while until now I was on some crap. And what’s more, I felt like everybody there probably felt the same.

The gig was huge and yet so intimate, and while she was so brilliant, funny and cute, she was also beautifully weird and naughty. And I felt like there is so much going on in her mind and I wanted to just sit down with a cup of tea and listen to whatever she wants to say because clearly she has so much to say and so much to teach. Like she brought all this nordic energy with her and some unearthly mystery and for some reason, so many of us clearly crave just that, and badly. She is not just about her voice, not at all. She has some sort of Björk resemblance as for voice and uniqueness, but with that northern energy and simply a whole new form. She makes you listen. She gives you goosebumps with her voice. Viking princess. Fairy made of a fjord rock, polished by strong winds into a porcelain angel. The big bang of emotions packed into a tiny pastel colourful dot.

She seemed touched by us being so warm and loving and we felt the same. We felt like she was giving us so much and we wanted to return the favour. I was honestly surprised to see so many people showing up and to feel such love because normally when I discover a unique musician like her, someone I think should definitely be famous, nobody never heard of them or they don’t listen to them on purpose. So I felt like this is actually how it’s supposed to be and maybe it felt weird because I haven’t experienced it before. 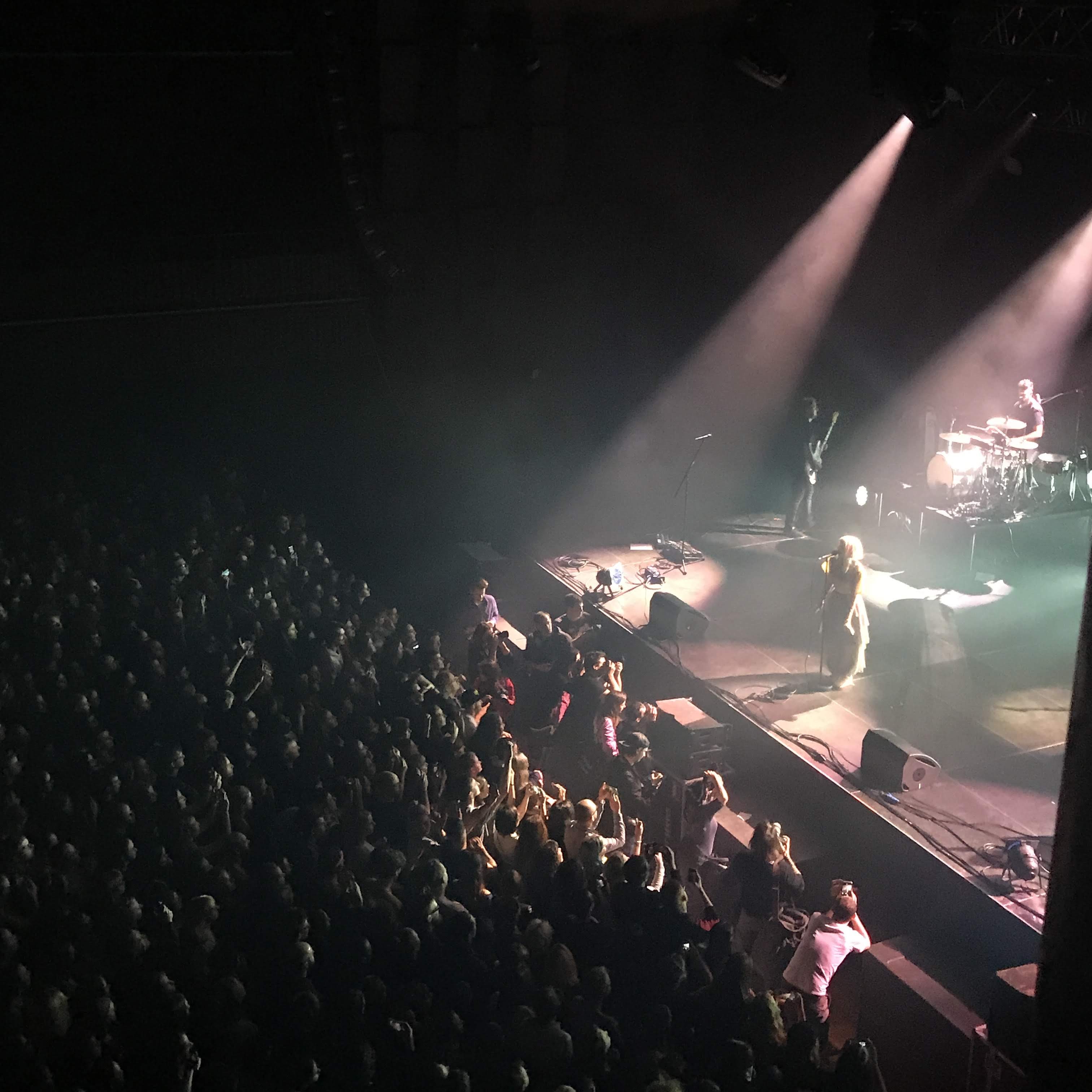 Everything about the show was perfect. Her presence, the music, her voice hitting all the incredible notes with ease, her talking, the lights, the audience. And when they all lit up their phones with the last song, I didn’t for a second think they were phones, technology. Nope. They were hundreds of fireflies paying their respect to the princess and it was so fitting.

So yeah. I think it was one of the best shows I’ve ever seen. And I need the new album desperately because from what I heard, it’s gonna be just as amaizing as the first one and that’s another thing that I love about her. She didn’t just show up with few great songs, she clearly has much more to bring to the table, so let’s hope she stays exactly who she is and doesn’t slide too close to mainstream like some of my previously discovered gems. 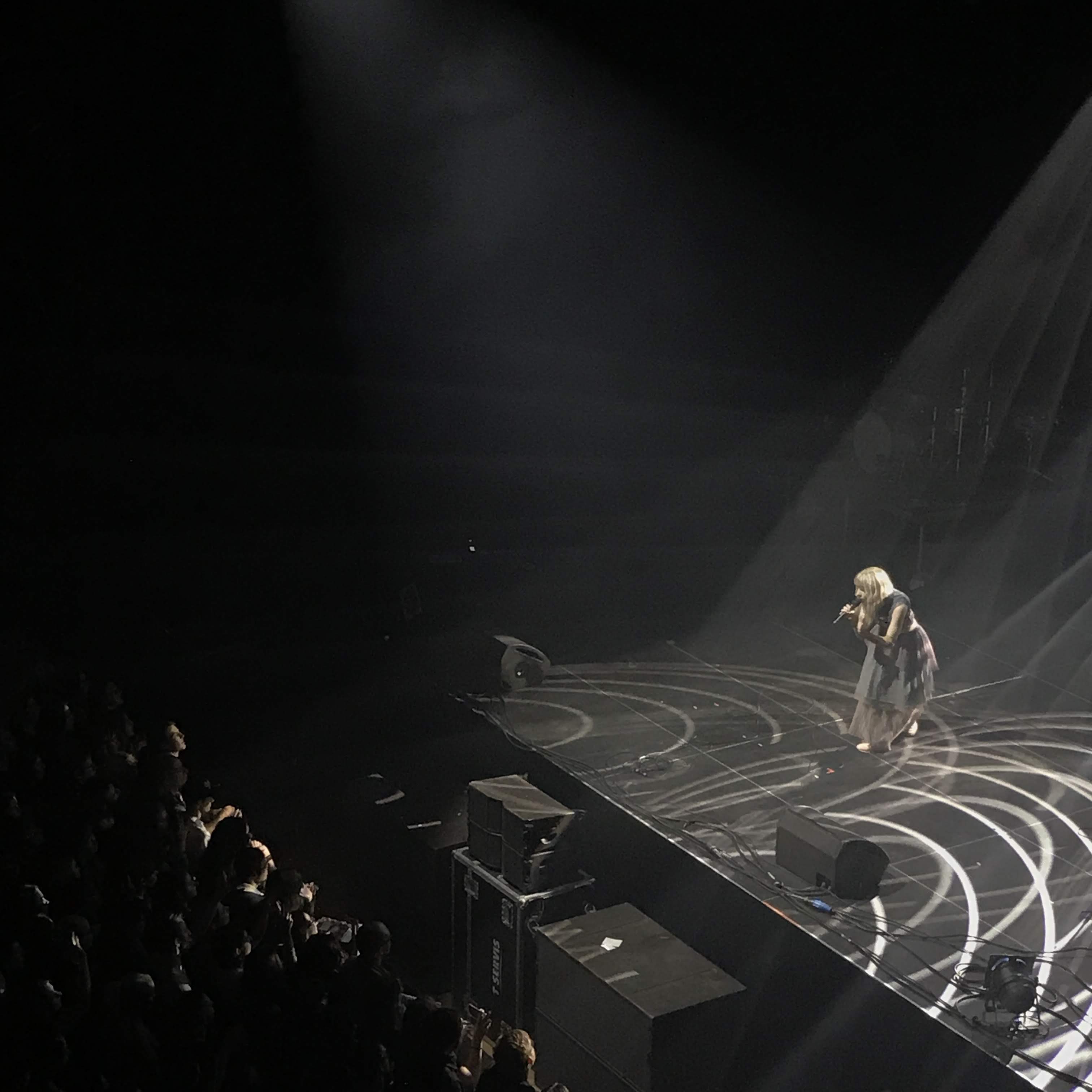 Also – how cool is her name? 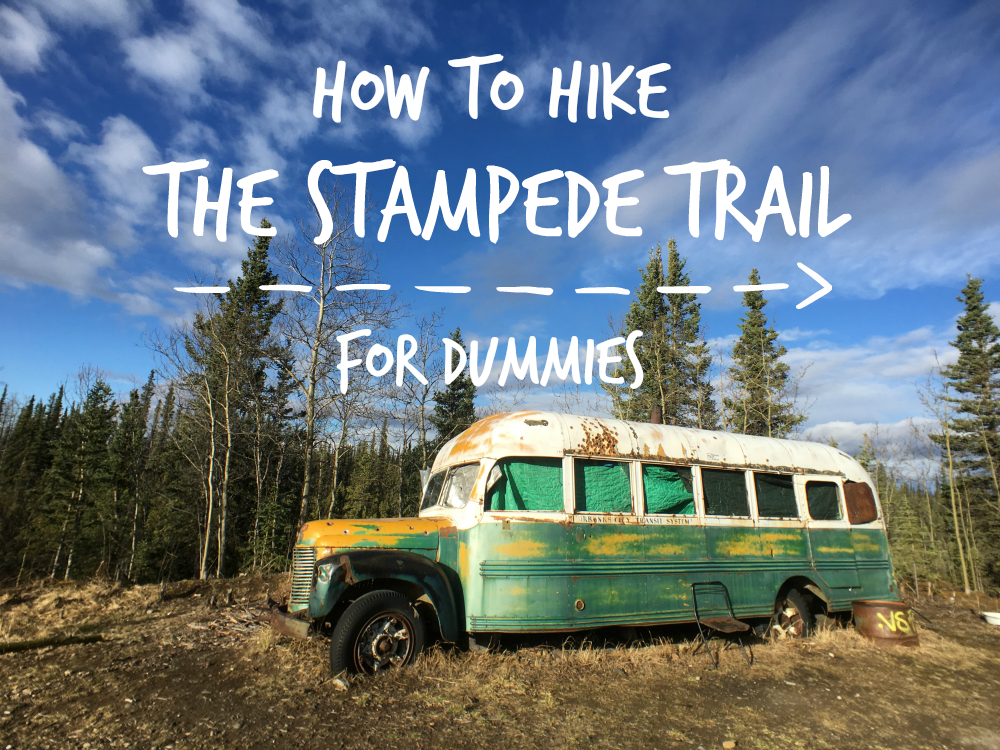 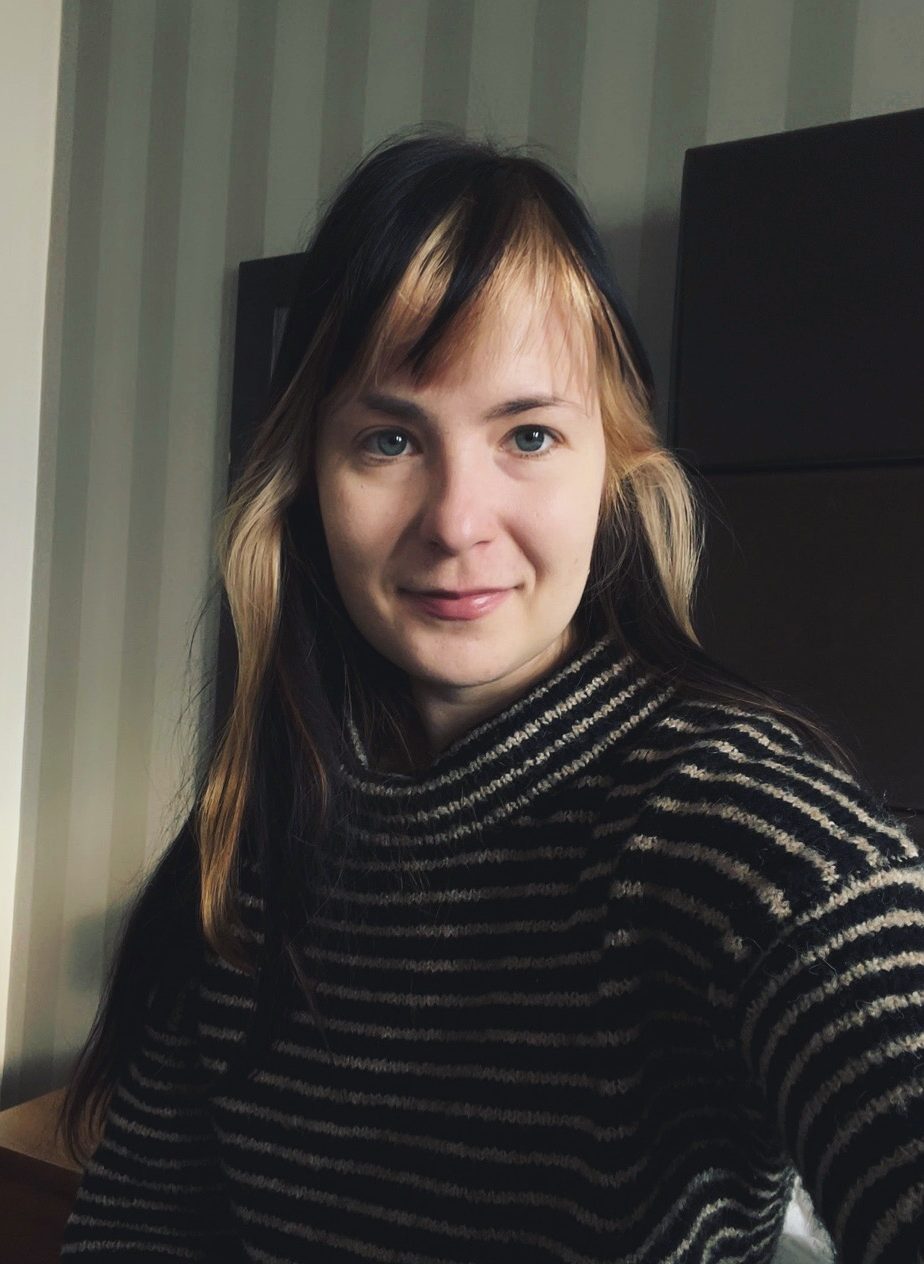